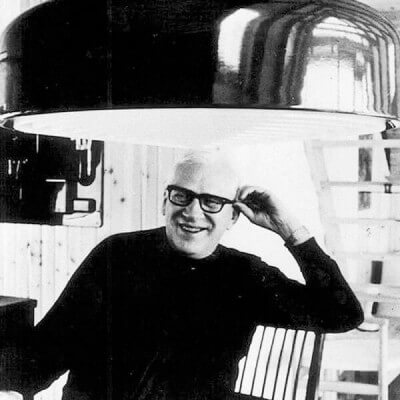 ‘Bumling’ means boulder in Swedish, and is used colloquially to describe things colossal or otherwise unwieldy.

It is what a friend of the designer Anders Pehrson allegedly called Pehrson’s new pendular lamp when it was first exhibited at the 1968 lighting fair in Gothenburg. The lamp in question was bulbous, bright green and over half a metre wide.

This was the birth of Bumling, a Swedish design classic.Bumling was first launched in six different sizes: 190, 250, 300, 400, 485, and 600 mm. The metal body of the lamp was spray-painted in a wide array of colours; it became an immediate success in Sweden, and soon internationally as well.

The waiting time from order to delivery extended to several months, and the little factory in Åhus could not keep up with production. Instead, external manufacturers were called upon to meet the demands.