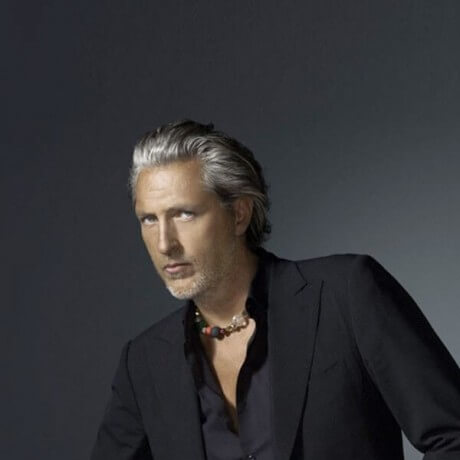 An award-winning chair made out of knots and a chandelier called Happy Hour are just two of the more iconic—and fun—creations that have come from the fertile mind of Dutch designer Marcel Wanders.

It’s not that he doesn’t take design seriously; it’s just that boring is the last thing he wants to be. “There’s enough of that in life as it is,” he says. “I’m interested in designing things that will excite people and make them feel alive.”

Wanders graduated from laude from the School of the Arts Arnhem in 1988.
It was there that he began to form his philosophy on design, more focused on people than things. “You don’t design for industry, but for individuals,” he says. And with that he crosses boundaries with a distinct style and originality.

More romantic than renegade, Wanders talks about looking into people’s hearts to understand their needs.
Perhaps his mission statement summarizes it best: “Here to create an environment of love, live with passion, and make our most exciting dreams come true.”

When designing the Troy chair for Magis, his goal was to combine modern design with classical influence. “I think it is a lovely balance between old and new,” he says. “Of course, my goal with any chair is not only that it looks good, but that it feels wonderful for the person sitting in it.” He also strives for durability, “creating things that people will keep forever.”