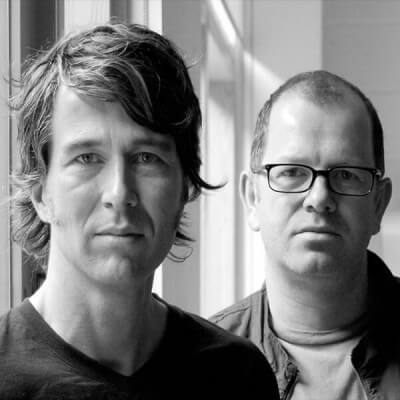 Luke Pearson and Tom Lloyd founded their award-winning design studio in 1997 after meeting at the Royal College of Art in London.

Having studied product and furniture design, the studio was formed with the ambition to deliver objects of beauty, economy and intelligence.

The work of PearsonLloyd is characterised by a strong and recognisable aesthetic fused with insight and observation, which deliver unassumingly simple and elegant solutions. Working internationally, the studio has established itself across a wide range of client types and sectors, including aviation, workplace and urban design.

The partners’ quest for exposure to new cultures, technologies and problems has led them to design a very broad range of products gaining both commercial and critical acclaim. Keen educationalists, both partners lecture regularly and teach.

In 2007 Tom and Luke's work was recognised when they became Royal Designers for Industry, the highest honour for design in the UK.