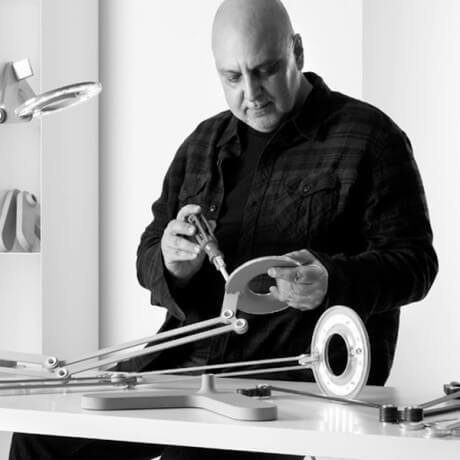 He executes this goal by working in both the high-minded and popular realms, having designed for brands ranging from the Museum of Modern Art to Lava Lite. Stathis’ original 2006 Tube Top lamp represents one of several contributions to Pablo.

Stathis is the principal leading Virtual Studio, a San Francisco-based design, development and licensing-venture studio with an emphasis in furnishings and products for both home and office.

He has earned over 35 international awards within the past three years for his innovative designs featuring advanced aesthetics combined with cutting-edge technology.

They have been widely featured within design and business press, including The New York Times and The Wall Street Journal, and Inc. and Fast Company magazines. Works are included in the permanent collections of several major museums including The Cooper-Hewitt National Design Museum, The Denver Art Museum, and New York's Museum of Modern Art.