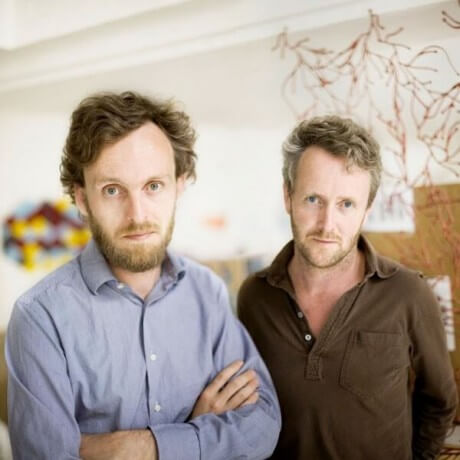 Ronan and Erwan Bouroullec grew up in the French countryside and moved to Paris after completing their educations.

As partners in design since the 1990s, the brothers value what their relationship brings to their work.

"The fact that we can discuss everything openly and honestly with each other is important because often creativity does not come from a rational point of view but an emotional one," says Erwan. "It's about finding a certain balance or character when you are looking for solutions to problems that are difficult to solve."

They feel the design process itself is similar to any of the arts because it's about using one's talents to make something people enjoy and appreciate.

"Like a guitarist who uses only six strings to create something marvelous, a stitch placed just so on a pillow brings real beauty to it," says Erwan.