What inevitably makes Layer stand out is the splay in its legs. The resolute profile stems from the perfect embrace between the two components: wood and upholstery.

In a single flow, the frame incorporates the plywood armrest which in turn extends to join the back padding.
Continuity and linearity between design and material make Layer quite unmistakable.

Michael Geldmacher describes Layer as a chair that seems to have existed for ever despite being new - the simple result of a complex work in which aesthetics and constructive capacity intertwine. On the splayed ashwood legs sits a plywood frame that incorporates the padded armrest and back, where design and material are in sync. Designed as a chair, Layer then evolved to include the lounge and barstool versions 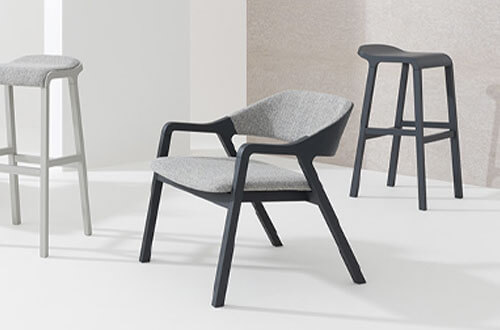 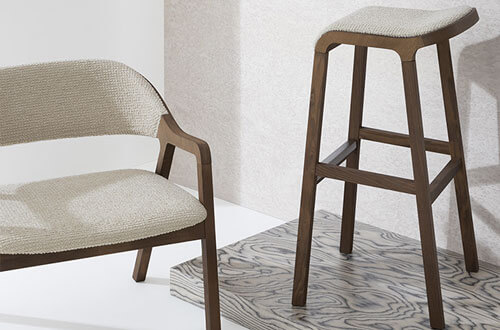 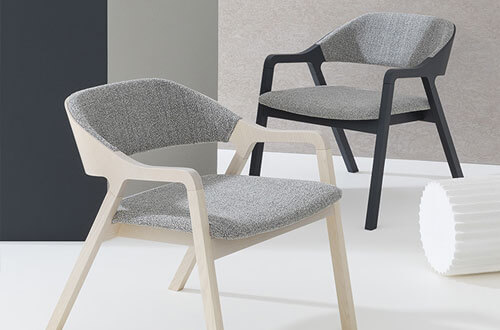